till death do us part 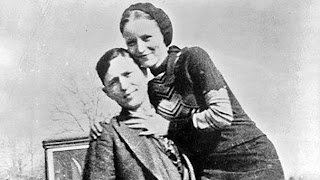 Bonnie & Clyde, shot by the police on may 23rd, 1934, in an ambush outside their hideout.
Posted by Atelier Sophie Krier at 1:27 PM No comments:

There's a new master in town

The campaign I designed with Erik Wong for the (new) master’s degree courses of the Sandberg Institute in Amsterdam was launched last week. Guided by Jurgen Bey's ambitious take on education, the Sandberg is heading for some exiting adventures.

To all industrious and dedicated talents who might read this post: surf to the special apply page for all application details, and audio fragments of the talks I had with the course directors. Do you know any students or graduates, designers or other resourceful specialists in your network that fit the profiles? Thank your for forwarding this post to them. They can also contact the course coordinators via apply@sandberg.nl

Please note: the application deadline for summer admissions is July 1, for EU students. For non EU students who need a residence permit the deadline is May 1. 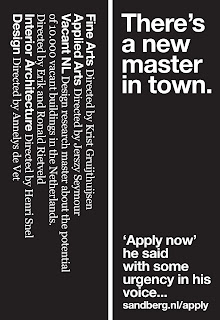 Posted by Atelier Sophie Krier at 1:24 PM No comments:

Yesterday I moderated the Book by Design session at the Unbound Book Conference, organised the Institute of Network Cultures. The setting of the session was the book as it evolves today, unbound from its traditional format, content, production and use parameters. New territories are said to emerge for book designers, or rather: designers of reading experiences, in Andrew Blauvelt's words [in: I read Where I am, a collection of statements on new reading and information cultures by Mieke Gerritzen, Geert Lovink and Minke Kampman, released today]. See all images of the conference by Sebastiaan Ter Burg  here.

The Panelists were Dirk van Weelden (author and philosopher), Otmar Hoefen (trained typesetter), Roosje Klap (graphic designer) and Femke Snelting (artist / designer). They addressed the questions of the day from a philosophical angle, from the perspective of the work floor –and the desk top– and from the experience of the act of imagining, and designing (e)books.

Here are some notes I took from the talks and the discussion. I purposely interspersed notes from other sessions of the day to add some spice to the whole notion of bookishness and readership, which by the end of the day literally made me dizzy (and angry also, for no clear reason?!). The phrases are from the four panelists, Nicholas Spice, I Read Where I Am, Henk Oosterling, and myself.

- a book is an object, a medium and an idea
- a book is a valued system that ultimately generates knowledge
- a book is accumulated, immersed attention
- every book (or object) has always had its origin in a network
- books make time; reading literally tele transports you out of here and now
- the types of things we read shape us as readers (down to the 6 point typeface): what kind of readers does the world need?
- texts and image have become interchangeable, we watch text as much as we read images
- we should start thinking about how browsing, leafing, linking and watching can become significant concepts of today's reading cultures
- reading can be informational, performative (as in sheet music), social and/or (!) solitary, to name only but a few. the future of book design is in understanding these modes of reading, and including these affordances in the entire process
- design is about designing interfaces and affordances: the nature of these is becoming more and more complex and dispersed, geographically and over time. book design for a network society needs to happen in a networked way
- how can a WORK retain its value in an information society, when every word that is made public is immediately appropriated, taken out of context, and displaced?
- taking money out of the information chain equation and replacing it with time can generate an entirely different valorization process
- we need to realize that we have the tendency to fetish openness over closure, the social over the solitude, the processual over the finished / the bound item, a hyper narrative  over 'traditional' linearity, and most of all: we fetish real time.

The question that asks to be tried out in as many ways as possible, starting from today is to me:

Can we reinvent writing and reading as a form of resistance to the dominant market driven forces that shape the world of books today?

All this took place, very appropriately, in The Theatre of the Word, on the seventh floor of the thriving, non-library like OBA (Amsterdam's renewed and very popular public library) – a sign that bookishness and readership are as valid today as they were since their invention, when they supplied us with a much needed external memory to store all our accumulated knowledge.

The proof? Books are great suppliers of humour, one of mankind's most vital survival techniques in my opinion… Here's the The 1st volume of “ How to understand women” in pocket version….. (No need to tell you who sent me that, and why ….. :)). 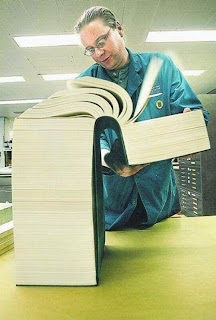 Posted by Atelier Sophie Krier at 6:44 AM No comments:

PPPPPPlateaux is the title of an audio piece I am working on since a few months.
It explores the different realities of Plateau Kirchberg, an area in full development just one (famous red) bridge away from the old city centre of Luxembourg city. The area was developed 60 years ago to – temporarily – accomodate the European Institutions of the yet to be formed EU. Luxembourg’s eagerness to be at the heart of the European dream is still tangible on site; the Plateau’s architectural skyline is a collection of famous signatures from wordly architects. Initially meant as a monofunctional annex to the city, Kirchberg is today being developed and densified as an urban tissue, by combining housing, recreation, and retail, and by differentiating its navigation possibilities.
What is Kirchberg like, from inside? Which myths has it accumulated? Who made Kirchberg happen? What is the flip side of the Kirchberg dream? Where is Kirchberg heading to? With these questions in mind I interviewed people in charge, people working on the floor, young and old generations of the Plateau as well as a biologist, a sociologist, and a journalist. I am now editing these conversations into an audio legend of the Parc Central, consisting of assembled fragments. A legend that ties together social, natural and economical issues at stake on the Plateaux, in an effort to understand its development from another perspective and logic.
Plateaux
An art manifestation in the Parc Central. With Pedro Barateiro, Hugo Canoilas, Simone Decker, Cyprien Gaillard, Renata Lucas, Wawrzyniec Tokarski, Sophie Krier.
Curator: Didier Damiani
Opening: 16th September 2011
Sound: Rico Quenrin
Physical legend (illustrations): Sonia Kneepkens 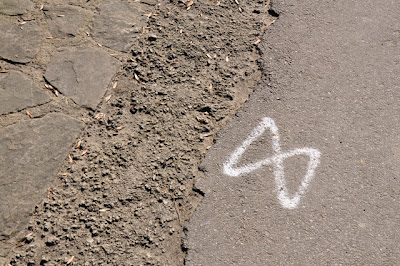 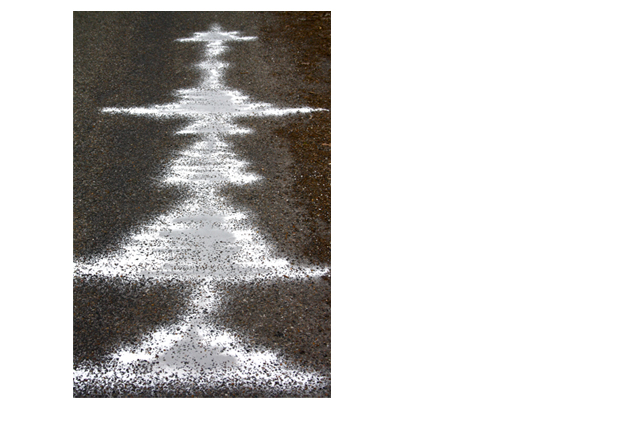 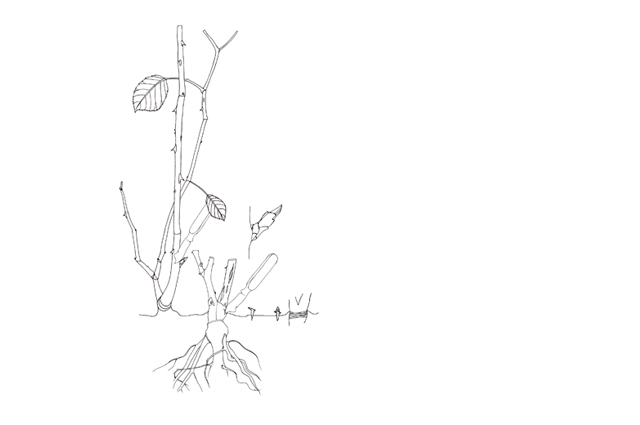 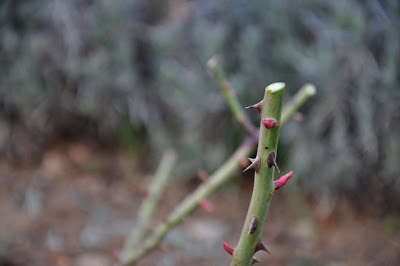 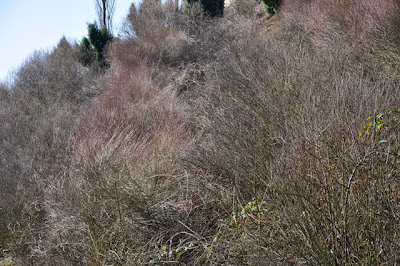 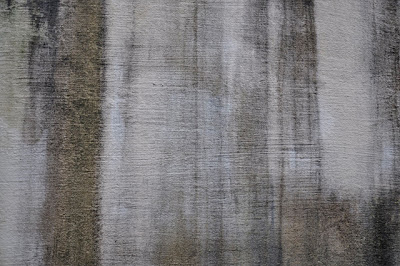 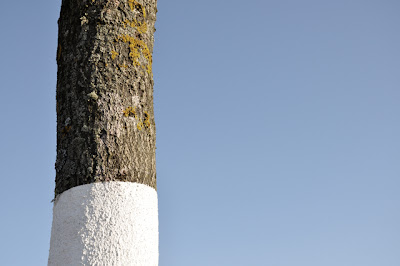 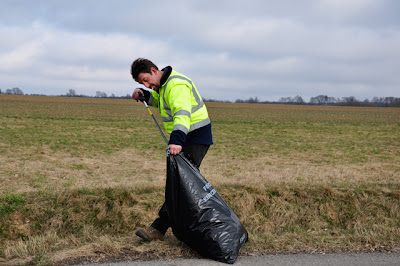 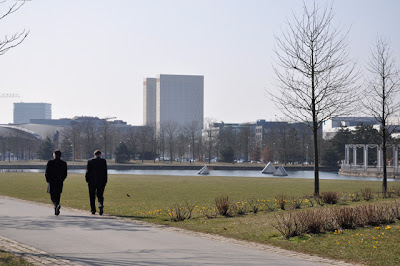 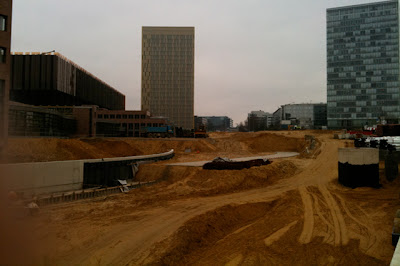